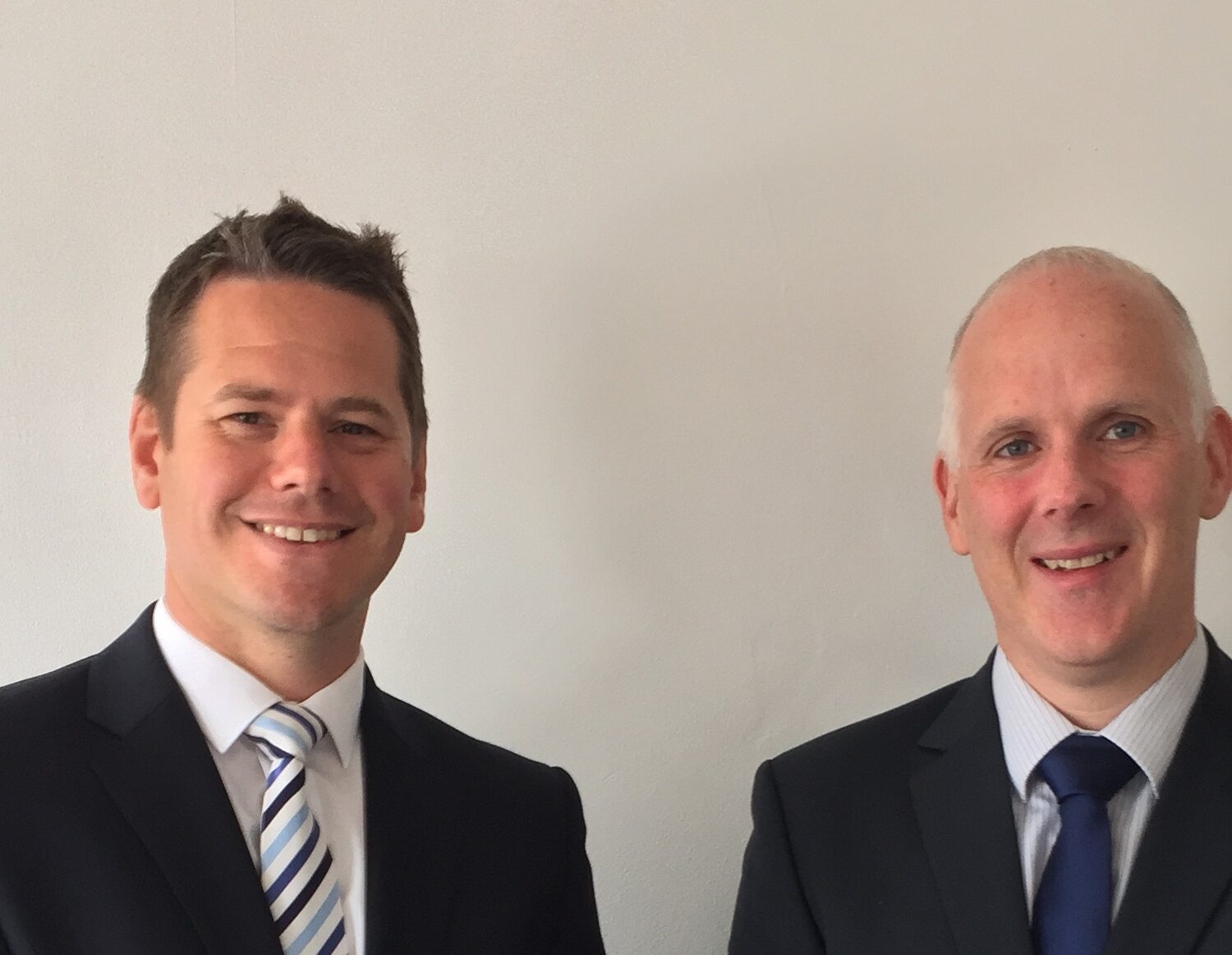 Dublcheck franchisees co- owner Mark Howarth and James Kitwood worked in the cut-throat world of retail fashion in Leeds for 20 years manufacturing garments for major blue-chip retailers such as Next, Ted Baker and Austin Reed.

However as for many companies in the UK whose business relied on the UK manufacturing market, the writing was on the wall as Mark explains. ‘In the beginning business was quite lucrative and enjoyable but slowly the times changed, as did the manufacturing locations for our products. Manufacturing in the UK became based in Poland, then Romania, Hungary, Macedonia, China and India. I spent more and more time abroad and slowly the work life balance began to tip and my family bore the brunt.’

Working an average 40-hour week initially that quickly became a 70 hour week. Mark and James could no longer spend quality time with their families and when coupled with the gruelling travel schedule, both ended up with the same thought; something had to change and we need some inspiration! A visit to the The British Franchise Exhibition in 2009 led to that moment of inspiration. James explains:

‘In front of us was an array of different opportunities. Up and down the aisles, a discussion here, goodie bag there but none of them exactly right until we stopped at the Dublcheck stand.’

During the 2-hour drive back home Mark and James discussed what they had seen at the exhibition. Business after business was ruled out until they got to Dublcheck. After weighing the pros and cons between their current role and what Dublcheck offered both men came to the realisation that a Dublcheck Commercial Cleaning franchise might in fact be what they were looking for. ‘It was UK based, it was relatively recession proof and it couldn’t be outsourced abroad. It was a basic business concept that was easily scalable and most importantly of all it was backed by the support of an established franchisor, and that was something that really appealed to us.’ highlights Mark.

In June 2011 Mark and James took the plunge and bought an established franchise from another Dublcheck franchise owner who was looking to retire. The transition was not an easy one but they were helped by the mentoring system Dublcheck had put in place where an established franchise owner offers guidance and advice for as long as necessary. After three months of strong support and guidance, Mark and James felt they were capable of spreading their wings and running the business on their own.

‘Fortunately unlike a standalone business we had the support of Dublcheck and with their input and some ideas of our own we started to turn things around.’ remarks James, ‘Our monthly invoicing figure now stands at £63,000 per month.’

Having had strong guidance from the beginning of their franchise journey, James and Mark have also offered advice to other franchise owners in the Dublcheck network when attending Kickstart meeting hosted by Dublcheck at the Head Office. These are meetings that offer sales and customer relation advice to franchise owners at different points on their development path. ‘It is the perfect forum for us to now mentor those looking to grow their business and highlights some of the pitfalls we have experienced and hopefully enable them to improve the customer facing aspect of the business.’ notes Mark.

Nine  years on from their initial introduction to Dublcheck Mark and James have been lucky enough to shirt the work life balance back in the right direction. Both men agree they credit the turnaround in their fortune to a simple credence: ‘That maintaining and developing the relationship with our customers retains long-term business.’

How can we help?